Emergency departments around the nation have been over whelmed with prescription drug related visits. In 2011 drug misuse and abuse caused approximately 205 million ER visits and out of these visits 1.4 million were related to pharmaceuticals.

Most Common Drugs Involved in Overdoses**
•In 2011, of the 41,340 drug overdose deaths in the United States, 22,810 (55%) were related to pharmaceuticals
•Of the 22,810 deaths relating to pharmaceutical overdose in 2011, 16,917 (74%) involved opioid analgesics (also called opioid pain relievers or prescription painkillers), and 6,872 (30%) involved benzodiazepines.1 (Some deaths include more than one type of drug.)
•In 2011, about 1.4 million ED visits involved the nonmedical use of pharmaceuticals. Among those ED visits, 501,207 visits were related to anti-anxiety and insomnia medications, and 420,040 visits were related to opioid analgesics
•Benzodiazepines are frequently found among people treated in EDs for misusing or abusing drugs.2 People who died of drug overdoses often had a combination of benzodiazepines and opioid analgesics in their bodies

In 2077 prescription opioid abuse cost the United States $55.7 billion, and 46% was attributable to workplace cost (lost of productivity), 45% to healthcare cost (treatment), and 9% to criminal justice costs.

Among those who died from drug overdose in 2011:
•Men were 60% more likely than women to die;
•Whites had the highest death rate, followed by American Indians/Alaska Natives and then blacks;
•The highest death rate was among people 45-49 years of age; and
•The lowest death rates were among children less than 15 years old because they do not abuse drugs as frequently as older people

We need to work together in this warm against prescription drug abuse. If you know anyone who is suffering from this deadly disease please contact the Wells House through our Contact Us page. 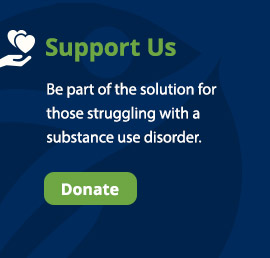